Hit enter to search or ESC to close

Do invest in the Baltic region’s projects?

In Envestio portfolio You will find some projects which are located in Baltic States. Is it safe to invest in these projects? First of all it depends on economic growth and economic growth forecasts in these countries.

What are forecasts of economic development of the Baltic States?

Estonia, Latvia and Lithuania as open economies gain profit from rapid cyclic acceleration and growth of world trade. Based on the IMF World Economy report, it is expected that annual growth both in 2018 and in 2019 will achieve record of seven years or 3.9%. Global recovery currently happens much more steadily and has solidified all over the world, besides global entrepreneurship confidence level is record high, which respectively affects further rise of the internal demand an d improves the labour market. Only geopolitical tension and risk of political uncertainty are two factors that may cause potentially negative effect on total positive external demand of the Baltic States. Despite strong prospective of growth, Europe is directly affected by Brexit. However, direct influence of the United Kingdom’s trade links on the Baltic States still remains limited. Speaking about risks, conflicts about trade can also decrease record high level of economic optimism and global trade.

Unusually powerful rise is forecasted for the Baltic States, providing that the growth rate will only normalize starting from 2019.

On the favourable external background, in the last year Estonia and Latvia achieved growth rate of over 4% (4.9 % and 4.5 % compared to the previous year, respectively), and Lithuania showed stable annual growth of GDP – 3.8 %. Similarly to other countries of the Eurozone, cyclic recovery has gained speed, and it is forecasted that the biggest contribution to the growth of countries in the next year will be provided by the domestic demand. Eurozone annual growth in 2018 will be 2.3%, it supports the growth rate in the Baltic States that will be above the maintained long-term rate, however it will gradually slow down due to basic effects and exhausting of yet unused reserves of resources. It is expected that export growth from the initial powerful acceleration will come to the normal level and will include both products and services, providing that increased growth will take place exactly in sector of services. Growth restrictions will first be reflected in the labour market, while lack of qualified labour grows.

Economic bases of the Baltic States are still stable, finances of the countries are almost balanced and public debt levels are the lowest in the whole Eurozone. Estonian, Latvian and Lithuanian main future challenges mostly are of structural nature and are related to challenges in acceleration of productivity and growth of added value.

Baltic States will still be ones of the most rapidly growing Eurozone countries, with shrinking significant income difference compared to the European trade partners.

In this long-term adventure we must avoid temptations in respect of excessive domestic stimuli. Quite the other way, long-term growth is based upon complex choices, for instance, in the smart specialization, development of innovations and technologies, in order to promote export and profit. Increase of research and development (R&D) expenses in the private sector, strengthening of the ecosystem of small and medium companies and new companies and especially investments in human capital are examples of modern solutions that must be further used, in order to gain maximum benefit from the next decade’s global technological and digital bull race. Revenue of sectors of globalized technologies will still exceed forecasts. 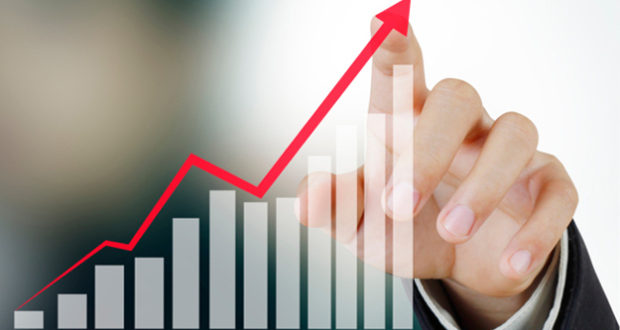 Today we can say with confidence that investments in real estates of the Baltic region are the most profitable and efficient way to not only keep, but also multiply cash assets. Situation in Europe also slowly improves. Stress caused by the refugee crisis decreases, besides economic factors of the European countries also slowly improve. Since main investors in the Baltic States come from the EU countries, their opinion of further growth prospective has increased and optimism slowly grows. In truth the United Kingdom’s departure from the EU is still ahead. However, it will probably cause investors to look for new places to invest money and create new companies in the EU. And one of the most prospective opportunities is the Baltic region. Latvia still has many unused opportunities to invest in housing – Luminor bank has expressed its opinion at the conference “How will real estate market develop in Latvia?”.

Approximately 85% of homes in Latvia are not encumbered with credits, this means that opportunities to borrow for investments in housing are wide. Compare – for instance, in the Netherlands all homes have mortgage liabilities. In the Eurozone average proportion of mortgage loans to the gross domestic product is 40%, and in the Baltic States – just 16%. In turn, ability of the Baltic residents to purchase homes is assessed as good.

Housing market in Estonia and Lithuania is currently close to maturity, while in Latvia activity in the housing market is still quite slack. In turn, crediting cycle is relatively new and will only gain speed. The whole Baltic Sea region currently sees rapid growth, and from the point of view economics this is a good time to invest in the Baltic region’s projects and gain from it guaranteed profit.